Click the image above to view historical PIASC photos.

La Storia: How it all started

We can say that it started with Cristoforo Columbo in 1492. He was followed by Giovanni Caboto (John Cabot), Americo Vespucci and Benardo Da Verazzano (1542). Although some trips were financed by Spain, France and England, it was their Italian courage and spirit of adventure that made it all happen.

By 1880, about 44,000 Italians had come to the United States. From 1880 to 1920, more than five million had arrived. Large groups came after the first World War up to the outbreak of World War II. Then, the last large groups came in the 1950’s and 1960’s. In 1987, Italian-Americans represented about 7% of the American population, or nearly 15 million people. By now, the number and percentage is most likely much higher.

The immigration to the Princeton area was probably like the national trend, but most of us relate to the families that came here after the First and Second world wars. The Italians in Princeton formed various organizations when they came here. The Marconi Lodge and The Roma Eterna Societies were primarily “Matual Aid” organizations (societa Di Mutuo Soccorso) like they had in italy. Their dues funded sick benefits and burial insurance for the members. These organizations each appealed to different groups of Italians.

Following the Second World War, a group of ambitious Italian men in the Princeton area began to discuss and consider starting a new organization that would appeal to all segments of the Italian-American Community, especially, the first generation of American born sons. Some of the young men had come out of military service, and all of them had interests different than their immigrant fathers. Their interests were in education, job opportunities, hunting and fishing, and enjoying social activities.

This small group of men formed a committee and founded the Club in 1947, with Lorenzo Ferrara acting as chairman. They incorporated “The Princeton Italian-American Sportsmen’s Club” on March 12, 1948 and held their first formal meeting at the Dorothea’s House April 15, 1948. Elections were held on May 6, 1948, and Joseph R. Nini was elected the first club President. He served three consecutive one year terms.

Soon after incorporating, the club began searching for land on which to build their clubhouse. In 1950. the club purchased the Hahn Farm, consisting of eighty-four acres. The right of way for North Harrison Street was donated to Princeton Township, and the Club retained the remaining Parcel of seventy-five acres.

In 1952, the Princeton Italian-American Sportsmen’s Club Ladies Auxiliary was established, and it has supported the Club with fund raising and other efforts ever since. Rose Nini served as the first President. That same year, under the then President Angelo Cenerino, the Club completed the first picnic grove. The grove was accessed by a lane from North Harrison Street, which was called Journey’s End Lane.

In the years following the purchase of the land, the Club began investigating ways in which it could build a substantial clubhouse without incurring debt beyond its means. Under the leadership of then President Ben DeVido, the Club sold fifty acres of its seventy-five acres to Princeton Research Park, Inc. With twenty five acres remaining (which fronted on Terhune Road), the club proceeded to design a clubhouse, which would become the center of the club’s activities.

The Club donated a strip of land to Princeton Township so they could extend Terhune Road to and beyond our new entrance. In 1960, work began on a new picnic grove, which was greatly helped by the donation of discarded lumber from the Palmer stadium renovations.

During the 1966 term of then President Len DiDonato, the Club built a swimming pool complex. The Club members donated their time to construct the pool walks, plant grass and install fencing to finish the complex.

We had a wonderful facility for all kinds of activities, but the operating expenses costs began to drastically increase. The local property taxes alone exceeded the amount of the members’ dues. The Club had to rent to outside groups, hold dances in the bar, and conduct other fund raising activities to cover the year to year expenses. All of our energies were devoted to fund raising instead of building the Club membership and serving the members needs. In the early 1980’s, the Club began to discuss ways to solve this problem. The resolution was that we should have a smaller clubhouse and some reserve funds in the bank to ensure we would never lose the property.

In 1985, under the leadership of then President Joseph Toto, the Club negotiated an agreement with developer David Giardino to sell twenty acres, and his son, Michael (an architect), designed the building and the new clubhouse was completed and used by members starting in early 1990.

Since its existence, the Club has been very active in the Princeton and surrounding communities. We have contributed money, space and work for activities, such as: the Hospital rummage sales, election polling place, St. Michael’s Orphanage, Easter egg hunts, scholarship program, Nursery School, and the use of the Club as a union meeting place. The Club is also a founding member of the Princeton Community Housing Project. We sponsor dinner dances, cabaret nights, PBA little league, bowling tournaments, softball leagues and Summer picnics. We have trips to Athletic events, Atlantic City, and to theatrical/musical shows. We also hold an annual golf outing for our scholarship program.

The Club’s 50th anniversary was celebrated in 1997. We owe a debt of gratitude to the Club’s founders for their hard work, courage, perseverance, and vision. Although the Club has probably met and/or exceeded the founders’ early plans and dreams, we believe that a renewed interest of present members and an increase in new members can carry us even further toward fulfilling the needs of the area’s Italian-American Community. We must continue to work very hard to increase membership, especially of young men and women and their families to use and enjoy our facilities, in order to carry forward the traditions of the past. This organization has been a source of enjoyment and pride for the Italian-American Community for fifty years and will continue to be for generations to come.

Have your next celebration at the club—ideal for your wedding, anniversary party, birthday, or group outing. 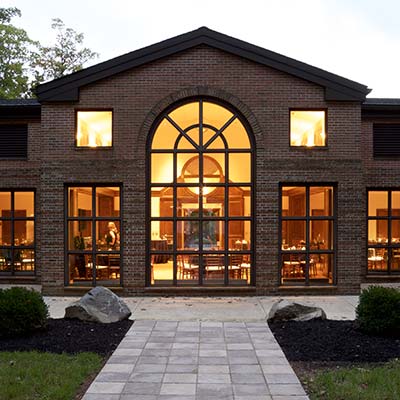 Click the image on the left to view Oak Room and general PIASC club house photos.